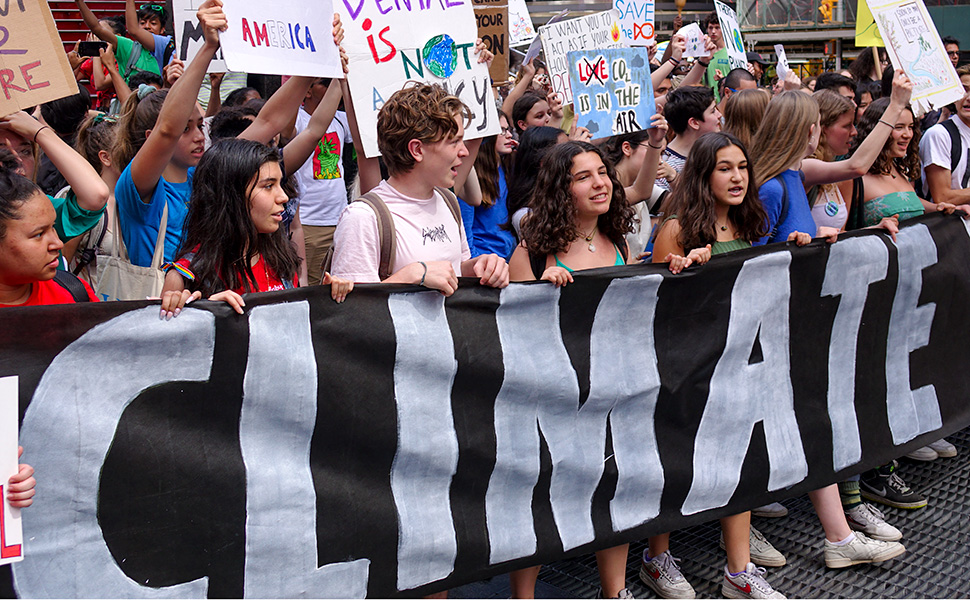 Sixteen-year-old Greta Thunberg has become renowned for her direct, impassioned, and expertly reasoned addresses to world leaders. In just over a year, her School Strike for Climate outside of Swedish Parliament has evolved from a weekly one-person protest into a recurring event drawing over 4 million participants in 163 countries (on all seven continents) on a single day. While Thunberg may have become the face of the climate movement, a worldwide groundswell of young activists and changemakers has been emerging—and their attitudes and actions are pushing for vital change.

Just last week, a poll released by the Washington Post and Kaiser Family Foundation offered a snapshot of this shift taking shape. In the first major U.S. survey of teenagers since last year, when the youth climate movement rose to global prominence, young people consider climate change a crisis (4 in 10 people ages 13 to 17). More than half—54 percent—say they feel motivated, and they are taking action at unprecedented levels. One in four teens and young adults reports having participated in a school walk-out, protest, or rally or has contacted an elected official in response to climate change.

Perhaps it is unsurprising that young people—those whose future is most threatened—have emerged as the greatest champions against climate change. Historically, from the civil rights movement in the U.S. to the Arab Spring and March for Our Lives more recently, young people have led movements based on disappointment, frustration, and outrage at political and social change that goes in the wrong direction or moves too slowly and with too much compromise to effect the progress they demand.

Now, as the planet warms and entire countries are being swallowed by rising seas, nations, organizations, and individuals have begun taking unprecedented action to reverse the disastrous course of the climate crisis. Perhaps most notably, through the Paris Agreement, 195 nations (though the United States has since signaled its intention to withdraw) have committed to reducing their emissions. Other vital sustainability commitments have come from IYF partners such as Hilton, who have pledged to cut their environmental footprint in half by 2030, and PepsiCo, whose goals include advancing sustainable agriculture.

In this uphill battle to save the planet, the generational change among the world’s young people, then, is a desperately needed, encouraging development. It’s why the work of young leaders like Thunberg or Tsechu Dolma, who has been training women and young people to build climate-resilient communities in Nepal since 2013, or Daniel Uribe, who has been working to protect Costa Rica’s coastlines, matters so immensely.

Beyond individual protests and leaders, global crises require concerted global action. It’s time to follow young people’s lead: we must educate ourselves on the dangers at hand, pressure our elected leaders to boldly take the necessary actions, and mobilize to ensure we prioritize the fate of all life on Earth.