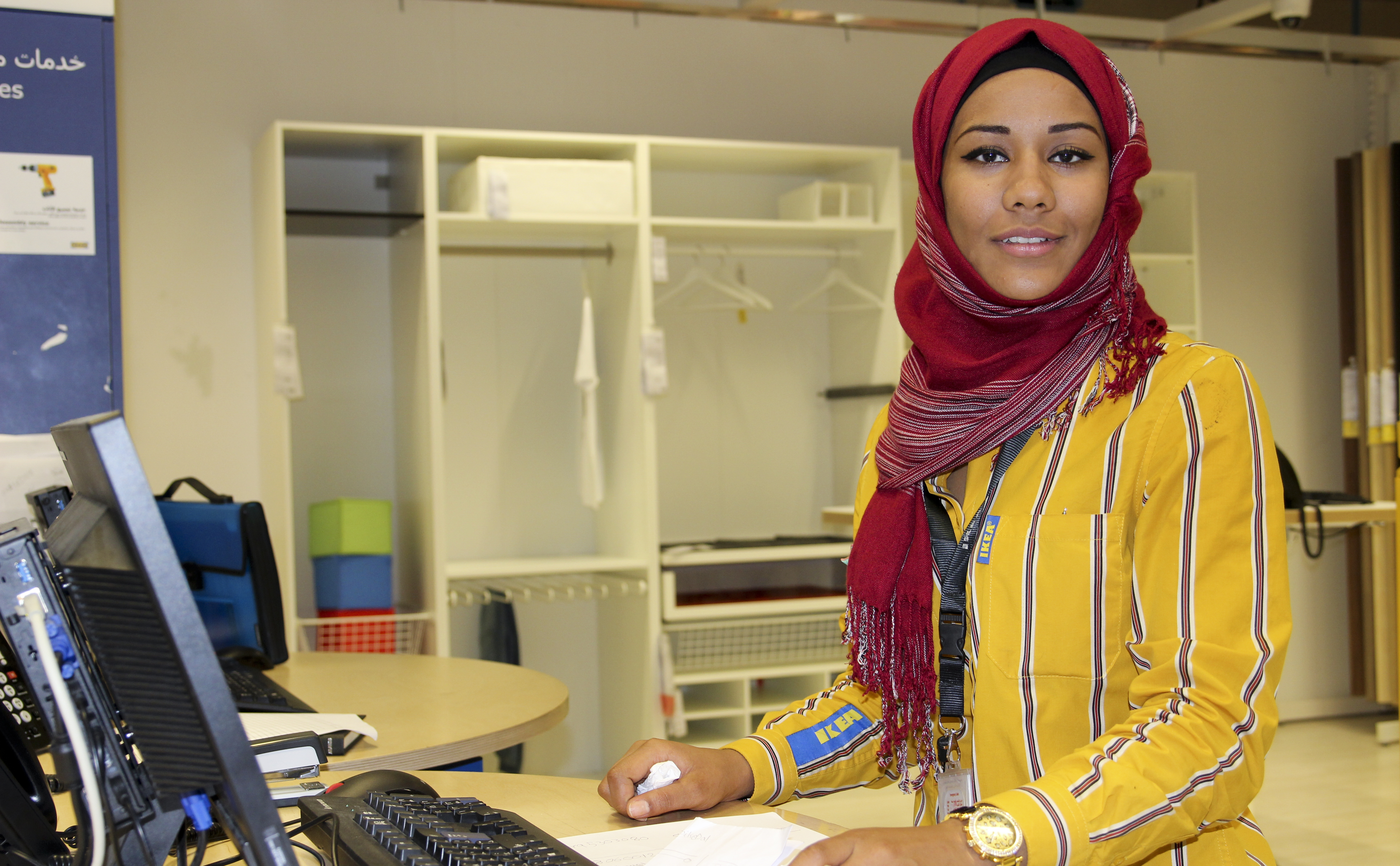 Born into a conservative family in northeast Amman, Jordan, Israa, age 23, was expected to stay at home after completing secondary school until she got married. But her family's wishes, especially those of her father, conflicted with Israa's dream of developing her skills and pursuing a career. “My father didn't believe in education for girls and was opposed to women working,” says the oldest of six siblings.

Israa's journey of changing her father's mind started when she heard about the bookkeeping training offered through EquipYouth, a program of the International Youth Foundation (IYF) carried out with support from the Caterpillar Foundation.

After appealing to her father over the course of two months, Israa finally convinced him that the nearby location of the training would be both convenient and safe. Says Israa, “I explained to him that the selection process was tough. Fifty applicants were competing for twenty spots. I would have to take placement tests in addition to personal interviews and my chances of getting accepted were low. When I finally was accepted, he didn’t have the heart to say no.”

“The training was challenging,” says Israa. “The standards were high. I studied every day and benefited a lot from it.”

But that was just the beginning. Through a job fair organized through the program, Israa, along with 15 other youth, was selected by representatives from the global furniture brand IKEA to interview at the company’s offices. After three rounds of interviews, Israa received an offer for a part-time job.

Success was not guaranteed, however, until she could convince her father to allow her to work in a mixed gender environment with occasional late shifts. She invited him to visit the company and meet her supervisors. “I believe I changed my father,” says Israa who succeeded in winning his support. “Even when I face difficulties at work, I think of how hard I worked to get here. I know many unemployed university graduates. I, on the other hand, work for an international company.”

Says IKEA Showroom Manager Hani Fuad, “Israa is a hard worker, who has proven she’s fit for the job. We’ve hired five new employees, four of whom are IYF trainees.”

Not only has Israa been successful in fulfilling her dreams, she’s also become an example for other family members and the girls in her community. “Now my parents speak about me with pride. My father’s perspective on women and employment has changed too. When relatives ask if he approves of my job, he answers, ‘why not, there is no shame in working.’"

In addition to becoming financially independent, Israa feels it’s her duty to help her father, a government employee, to support the family. “I’m proud of being financially independent,” she says. “When I finished the Tawjihi, I was too embarrassed to ask my father for money. But now, I can fully support myself and help with my family’s expenses.”

Israa has big dreams for the future. She plans to stay with IKEA and hopes to develop her skills to qualify for promotions. “In five years, I hope to become a shop owner,” she adds. “I want to buy a car, an apartment, and fully establish myself financially.”

Israa is one of over 790 youth to participate in technical training through EquipYouth in Jordan, with more than 8,500 youth in 12 countries expected to benefit from the three-year program overall. The Jordan intervention has also received support from Youth for the Future, an IYF program funded by the United States Agency for Development (USAID).